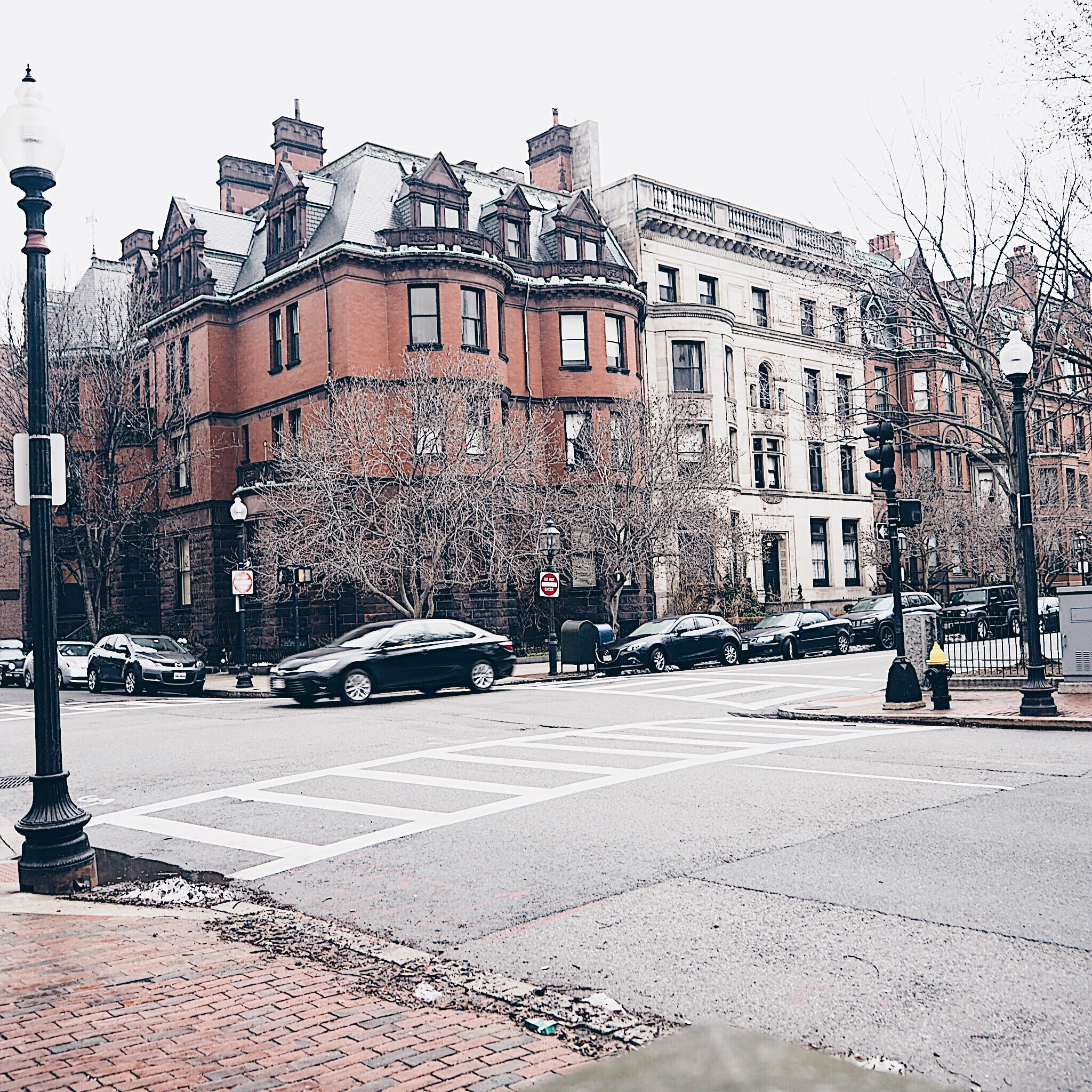 Hi everyone! This last weekend I took a last minute trip to Boston. Boston was always on my list of places I wanted to visit while living in America so when I was asked to go there for a day for work, I took the opportunity to stay a night and spend an extra day exploring the city. I flew out from New York first thing Friday morning and spent the day in meetings before having a few cocktails that night. On Saturday I woke up early, determined to pack in as much as possible before my flight back to New York that evening.

*Unfortunately my phone froze yesterday and I had to restore it, which meant I lost most of my photos from the trip. Luckily I had taken a few on my camera!* 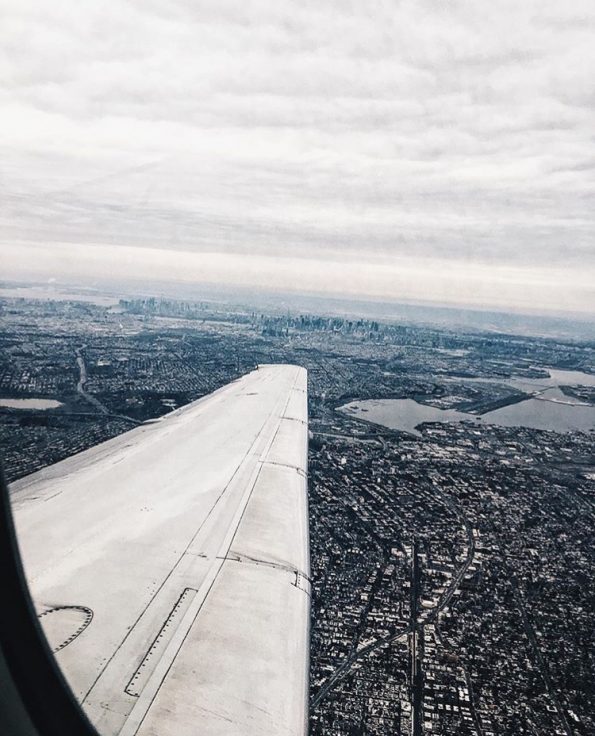 Boston is a great city for restaurants, history, and architecture. It’s also super easy to get around, you can walk almost everywhere but there is also a great subway system and Uber’s are very cheap too! I definitely plan on visiting Boston again soon to further explore, but for now here is my guide to 24 hours in one of America’s greatest cities!

As it was a last minute trip, I was limited as to what hotel I could stay in as many places were either booked out or very expensive. I settled on Hotel 140 which turned out to be in an ideal location and had everything I needed for one night’s sleep. When I checked in they told me I had been upgraded (yay!) so I can’t say what the other rooms are like but mine was a good size and the bed was like sleeping on a cloud! 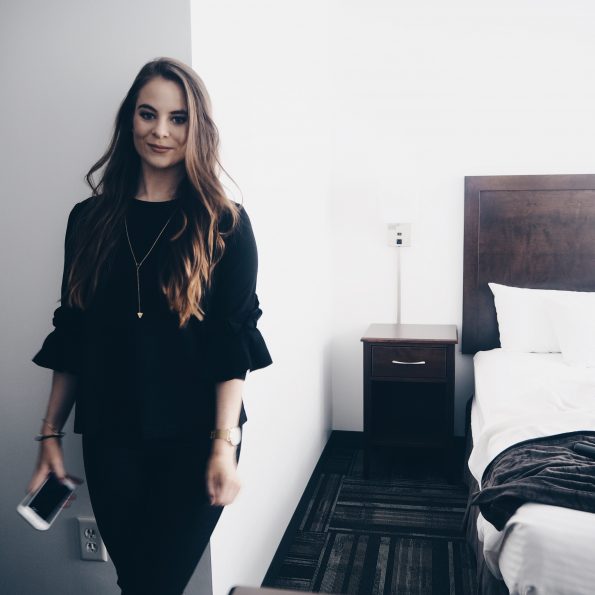 That night, I checked Hotel Tonight and saw there were some really nice hotels offering last minute deals. I think next time I take a last minute trip like this one I’ll book my hotel the day of (although admittedly this does give me anxiety!).

My alarm goes off and I drag myself from my giant marshmallow bed into the shower, check out is at 11 am but I checked out at 10 am and left my bags with the concierge to be collected later.

After a lot of searching online for the perfect breakfast spot, I decided to head to South End Buttery. I had the most delicious ham & cheese croissant with an iced coffee. The cafe was quiet with mostly families popping in for Saturday morning treats. I would definitely recommend here. 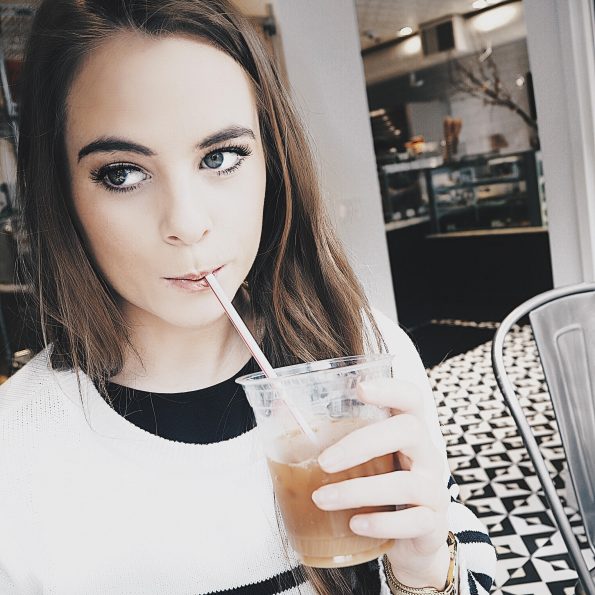 With a happy and full tummy, I headed back towards my hotel to the Black Bay Area. I decided to walk down Newbury Street which is famous for it’s shopping. The street has a great mixture of high street shops and boutiques. I got pretty carried away in No Rest For Bridget, they had the best collection of spring/summer clothes and I walked away with three dresses (including one I will be wearing to Coachella!) and two rings, all for under $100. I skipped all the high street stores and spent my time wandering into the many boutiques which had amazing unique finds.

Once I reached the end of Newbury Street I crossed over to Commonwealth Avenue and walked back the direction I came. Commonwealth Avenue has the most beautiful brownstone homes and is divided by a parkway down the entire avenue. This street is serious neighborhood goals! 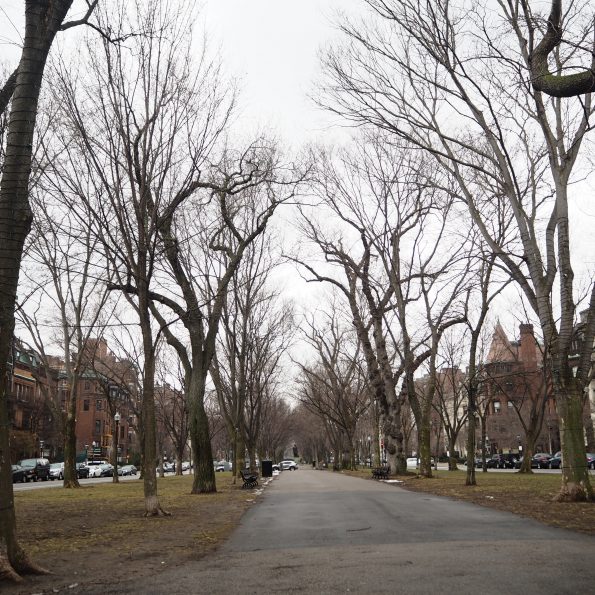 I followed Commonwealth Avenue down to the western edge of the Boston Public Garden, also known as the home of the George Washington statue and Swan Boats. Unfortunately, it started to rain while I was there so I briskly walked through the park, and across the road to Boston Commons. Both parks are really beautiful and give Central Park a run for it’s money! I’m excited to see the parks again during the summer months, especially for the swan boats and duck pond.

After three hours of shopping and walking I had worked up an appetite for some yummy lunch, so thankfully I was now close to the famous Faneuil Market where you can eat just about anything you could think of! The indoor market has food stalls of every kind and the hardest part is trying to decide what to get! I walked up and down the hall before deciding on a delicious chicken and carbonara pasta dish.

After lunch, I took a quick walk around the square outside where there were fun street performers and more shops!  I didn’t hang around for too long as it was still raining heavily and I had a very important final place to visit. Primark!! (a.k.a Penny’s). A visit here was honestly one of the main reasons I was so excited to visit Boston in the first place. When I moved to New York I only brought winter clothes with me so now was a great time to stock up on some new clothes for the summer. In true Penny’s style, I managed to find some great bargains and got to stock up on some much-needed bits like underwear, makeup, and toiletries. I literally bought as much as I could carry!

Somehow, I managed to spend two hours in Primark and it was now time to go back to my hotel to collect my luggage. My arms were on the brink of falling off from all my shopping so I took an Uber back to the hotel where I repacked my suitcase. Luckily, I had brought a practically empty suitcase with me as it was always my intention to fill if with Primark goodies. I just about fit everything in! 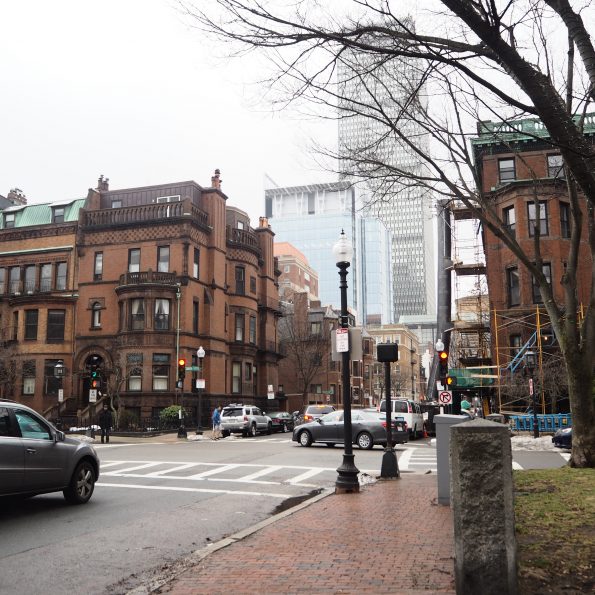 With tired feet and arms, and a new summer wardrobe I said goodbye to the city and caught another Uber to Boston Airport. My flight was at 7.30 pm and I was worried I was cutting it fine but the airport is so close by it only took 10 minutes to get to, and no time at all to get through airport security. I was early for my flight but unfortunately, it was delayed by three hours!  On a whim, I decided to ask if there were any free seats on the earlier flight which had also been delayed and was now leaving at my original time. They put me on standby and low and behold and I got on! Usually, I would never be the person to ask and would just deal with the situation but it definitely paid off and taught me to be more ballsy in the future.

It might have been a short trip, with one day spent working, but I managed to pack in everything on the top of my Boston to do list! There is so much history in this city and I would love to visit again to walk the Freedom Trail and to also visit Cambridge. 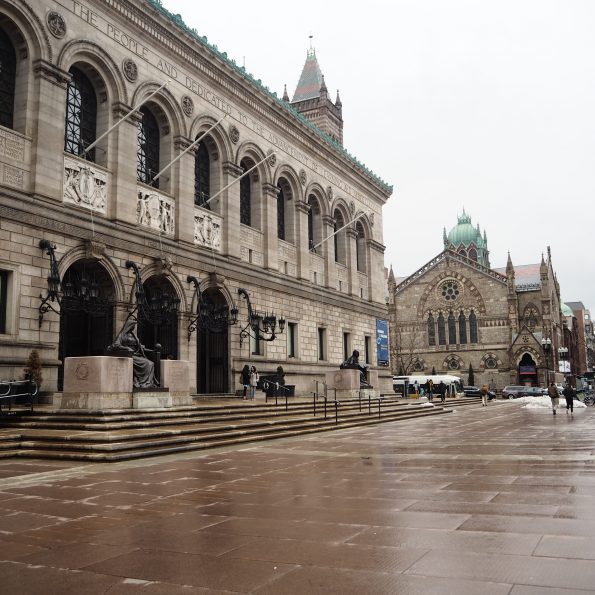 To help me navigate the city, I made a list of places and their locations on a Google Map which you can see HERE.

As much as I love New York, it is nice to see other places and take a break from New York’s crazy lifestyle. I’m looking forward to my next trip already, which is just around the corner and will involve the sun!!

I hope you have a great week, 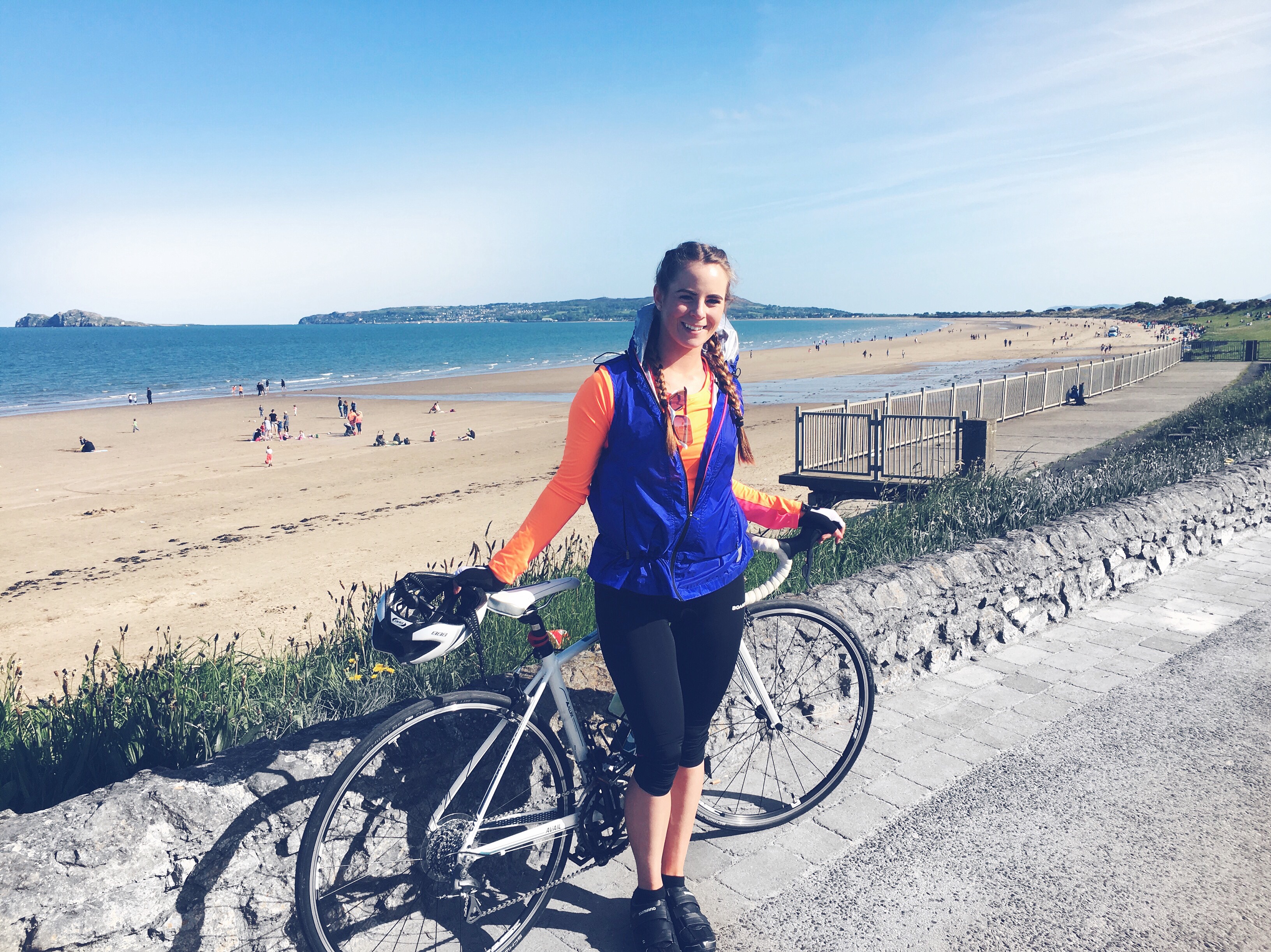 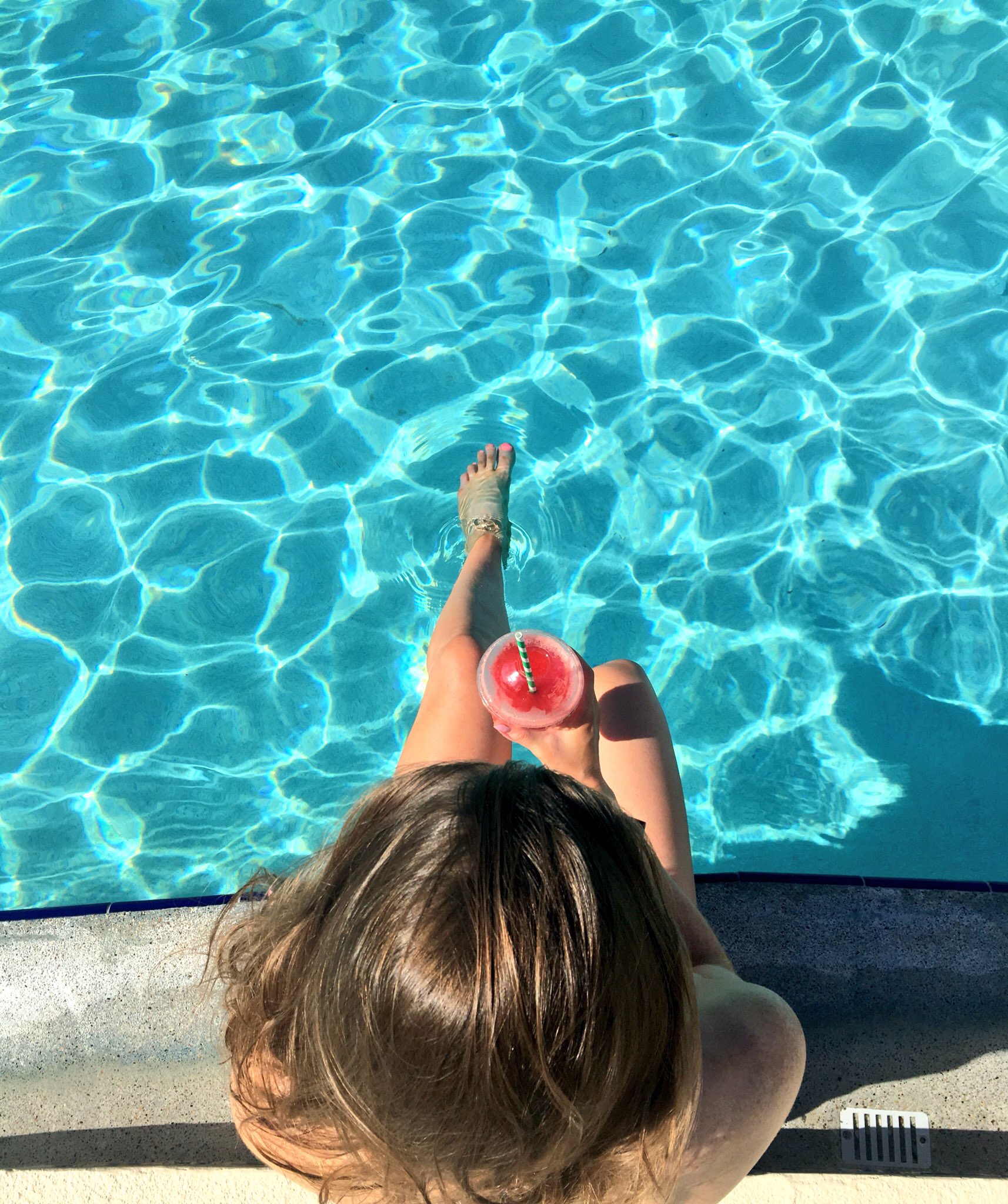 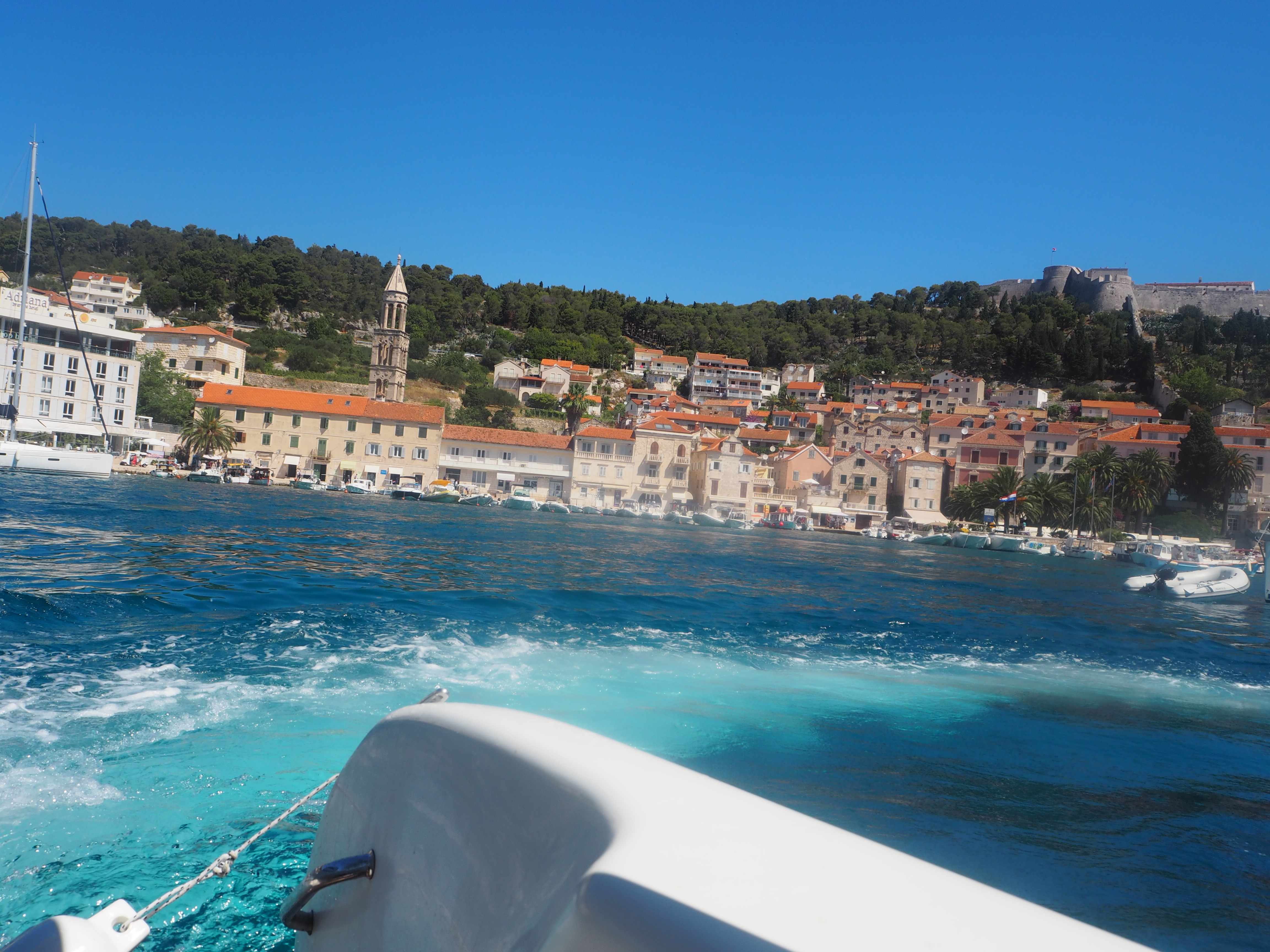