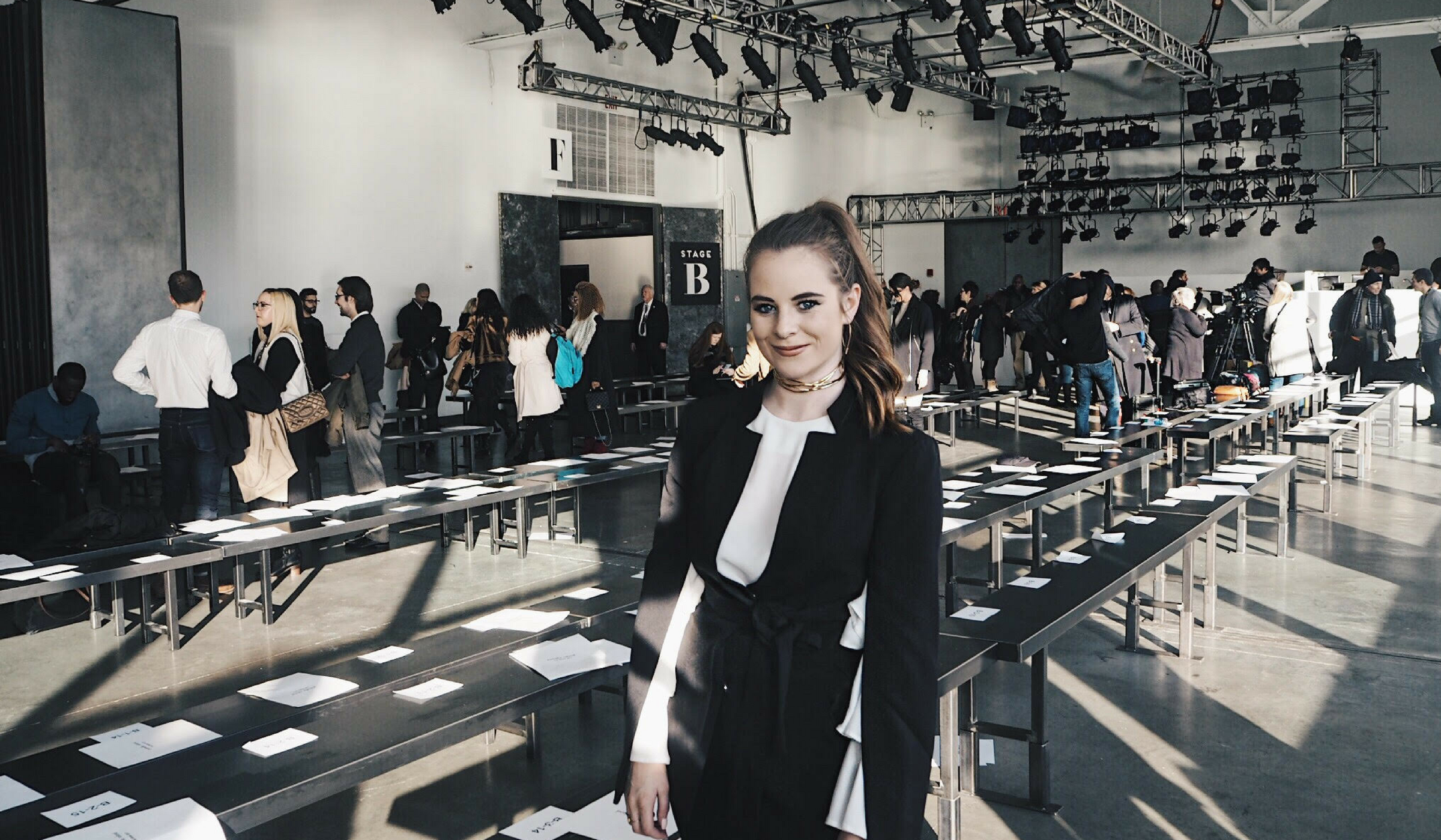 If you follow me on social media you will probably have seen I attended several fashion shows and events during fashion week recently. In this blog post I’m going to cover how I managed to go to these shows and everything I learned from the experience. 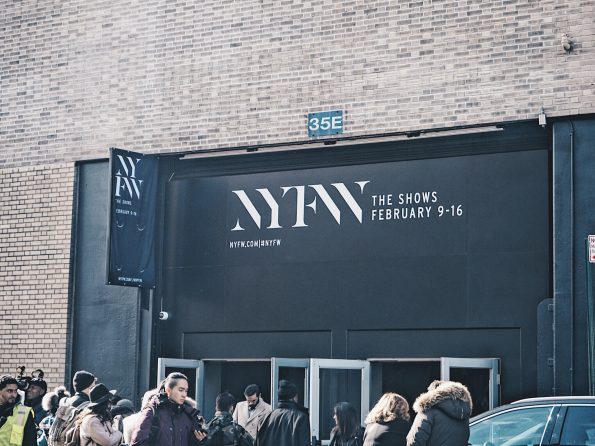 Back in September, when I was still living in Ireland I wrote two fashion week related blog posts covering all the Autumn/Winter trends as seen on the runways. Read these posts HERE (NYFW Fashion Week Fall Trend Report) & HERE (High Street Dupes of the Latest Catwalk Trends from NYFW AW 2016). I wrote these posts based on the live streams of the shows I watched from home and from reading articles online. I could never have imagined that in just a few short months I would actually attend the next fashion week, let alone sit front row at several of the shows! A lot of people have asked how I got so lucky, and it was exactly that, luck!

How I Got Invited to NYFW

In the midst of yet another crazy week here in New York I got a message from my friend Leah telling me she had seen a blogger called Charlotte Bridgeman aka Winston & Willow looking for someone to help her at fashion week. I sent her a DM on Instagram telling her a little about myself and also sent her the links to the posts I had written last September. There is no shortage of aspiring fashionistas in New York City and Charlotte has over 100k followers so I was shocked when she responded to my message saying she’d like to work with ME!

Charlotte sent me an itinerary for the shows and I planned my week around them. It wasn’t lucky that I had a big interest in Fashion Week and had already written blog posts in the past about it, but it was very lucky that I had a friend who happened to follow this blogger and see she was looking for help. Only in New York would something like this happen! I went to the shows on behalf of Charlotte which is why I got to sit front row. It felt pretty good to have a seat, never mind in the FROW as there were many people fighting to get the in the doors just to stand wherever they could fit. 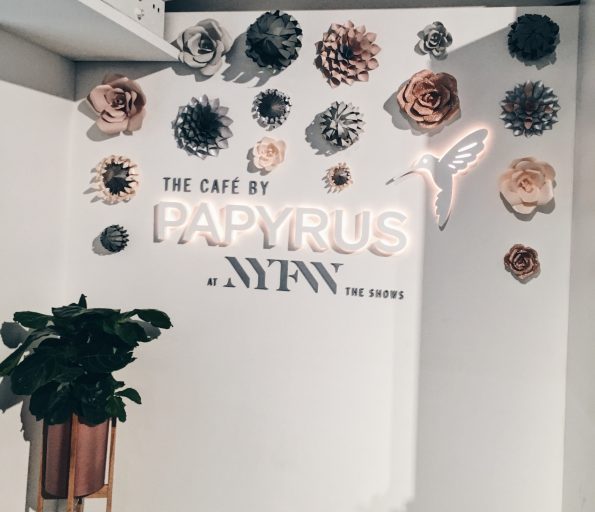 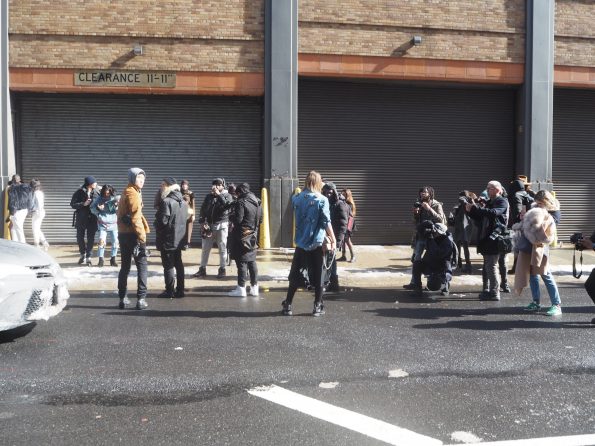 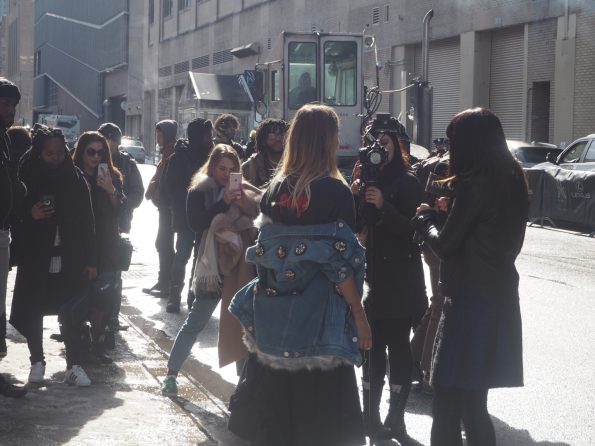 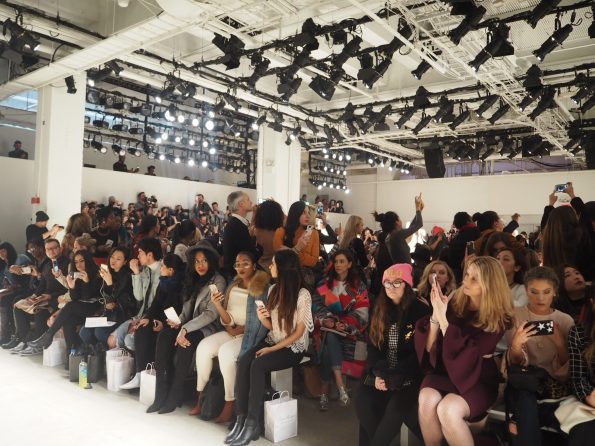 Going to these shows, I really hadn’t a clue what to expect. I would love to see some pictures of me in the background because I can guarantee I looked like a deer in the head lights! From the insanely well-dressed people to the locations, everything was so very chic. In one location E! News had a studio set up. I was also very aware of the fact I was most likely within inches of some pretty big deal people. I found myself not even trying to spot anyone because I was already so over excited I don’t know how I would have handled it! However, I couldn’t avoid it at one show as I was sitting directly across from Vanessa Williams, “Miss J.” Alexander and Jay Manuel. I also accidently banged my handbag into Julianne Moore as I tried to take a picture of who I later realized was her daughter, at the JW Crew presentation. Smooth as sand…. 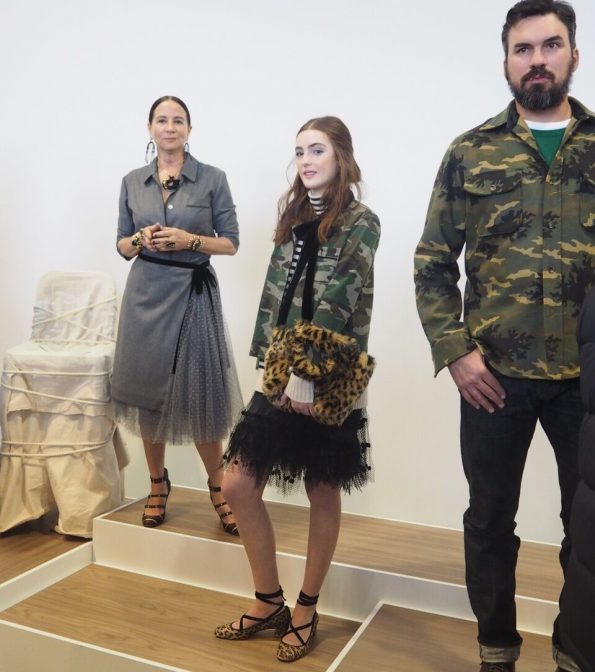 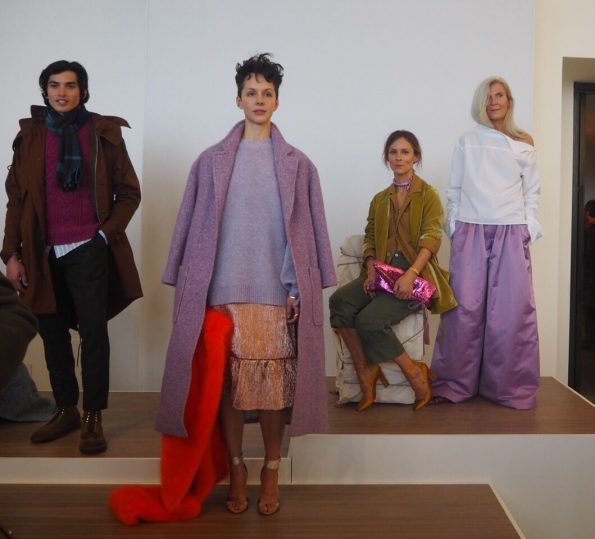 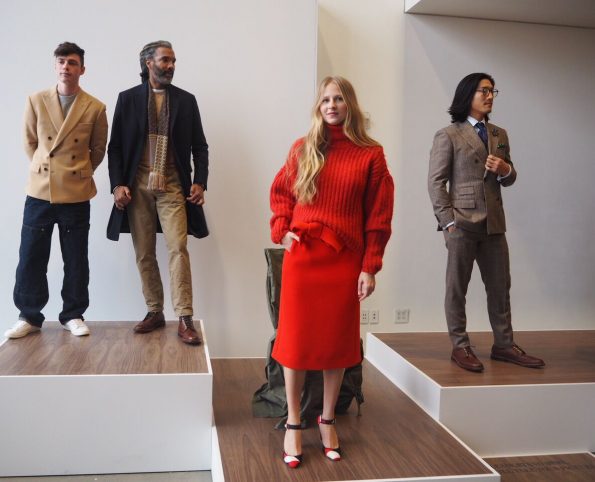 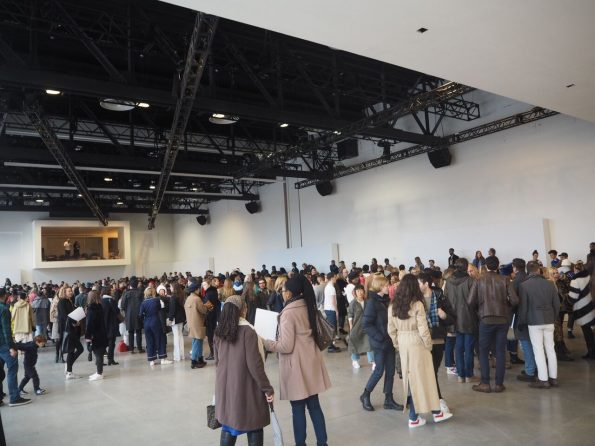 at the Skylight at Clarkson Square Gallery’s 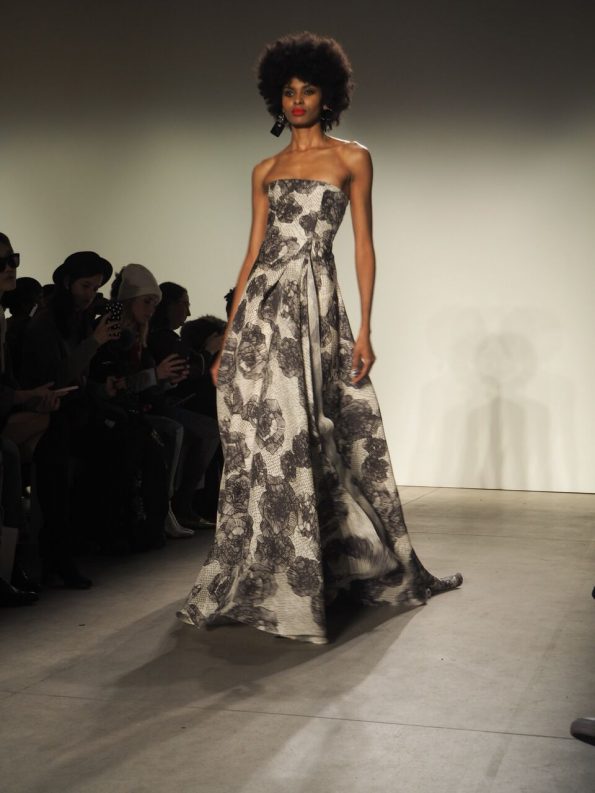 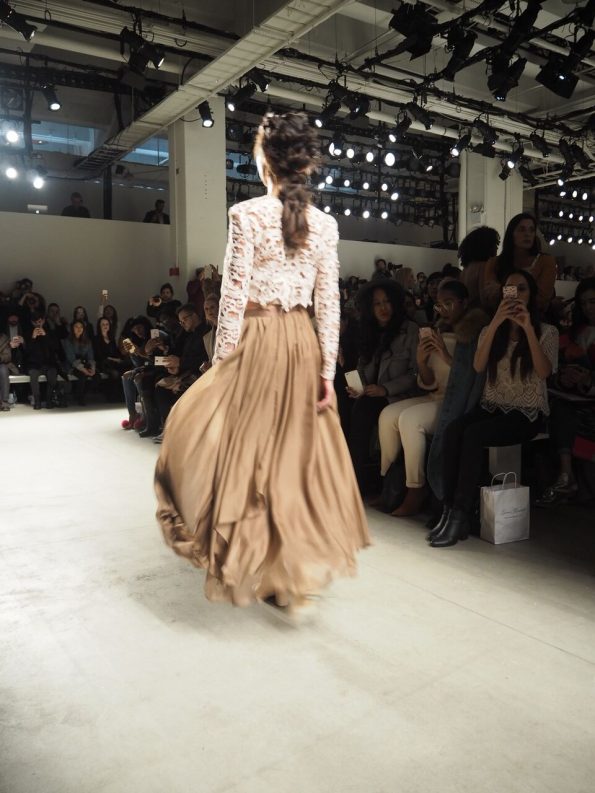 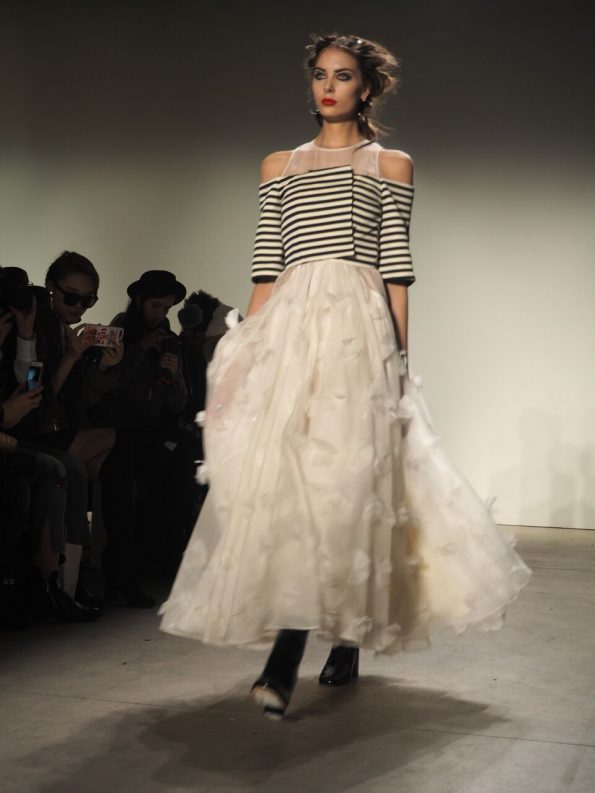 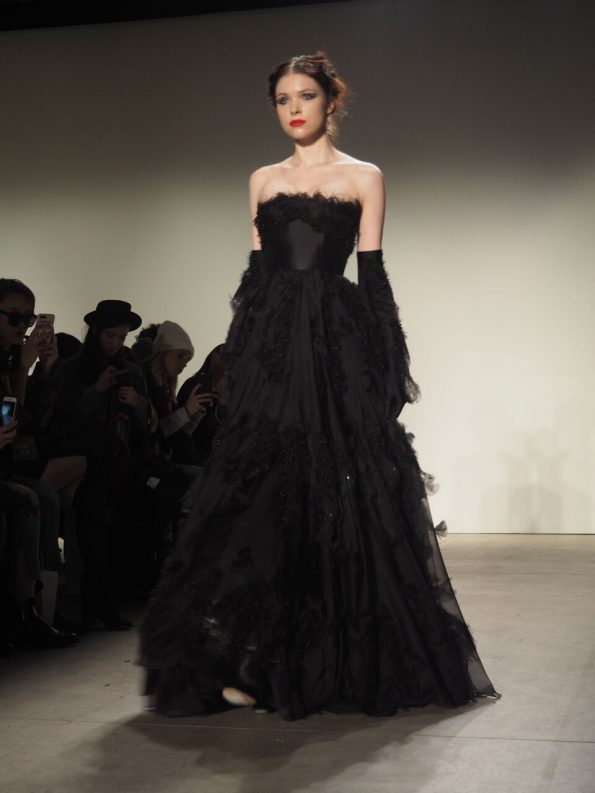 I hope I get to do this all again because if I’m honest I was not as prepared as I would have liked to be. I didn’t get a chance to shop for specific outfits ahead of the shows so I felt pretty plain jane compared to most of the daring clothes that surrounded me. It didn’t help that day one was met with a snow storm! I had to completely abandon what I would have liked to wear for trousers and lots and lots of layers! The only people that had any chance were the ones with personal assistants and private cars escorting them to and from venues, which, by the way seemed to be more people than not. I took the subway FYI, apart from one time when I splashed out on an Uber haha! 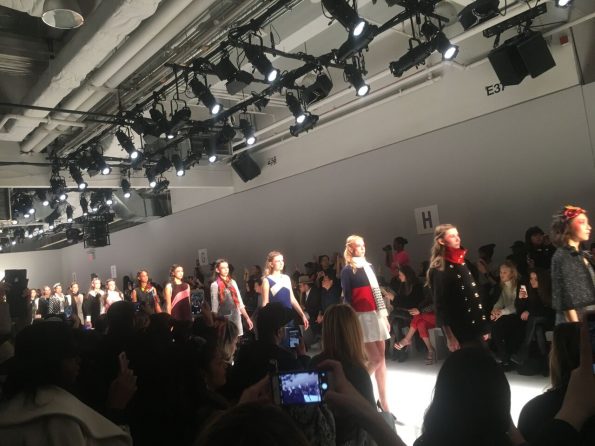 at the Space Shuttle Pavilion at The Intrepid Museum 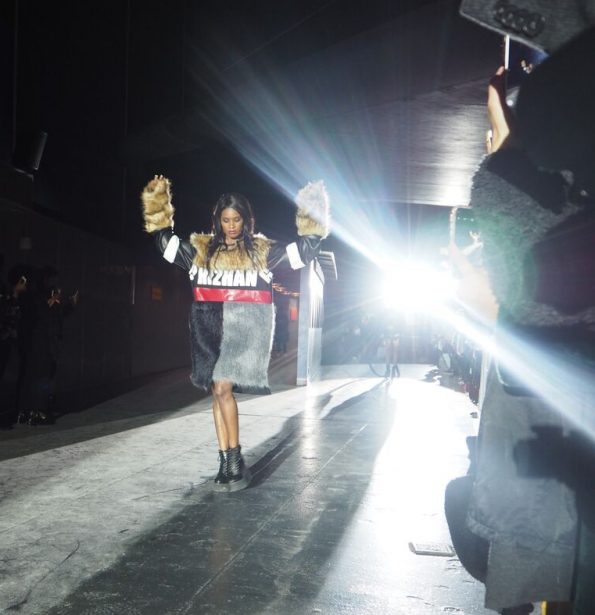 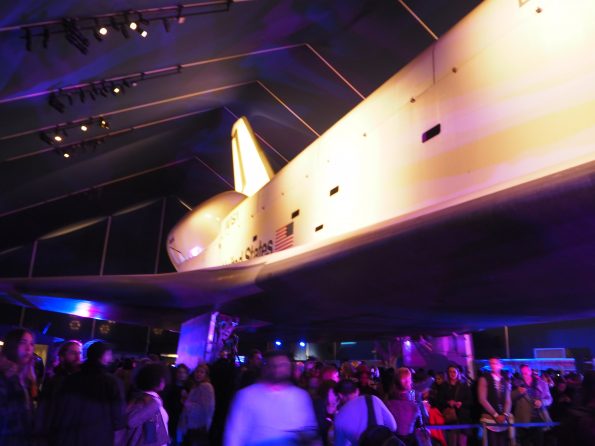 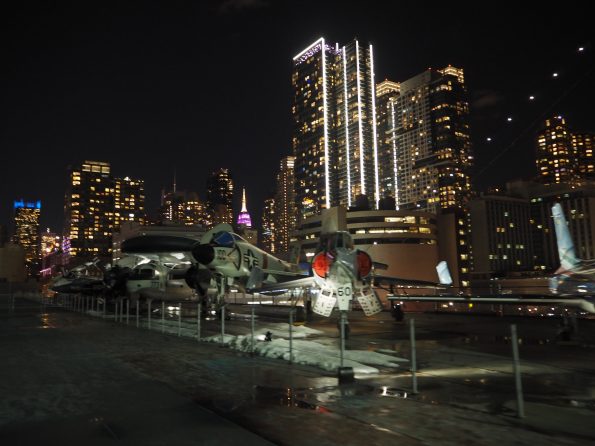 6 Things I learned at my first New York Fashion Week

the Skylight at Clarkson Square Gallery’s 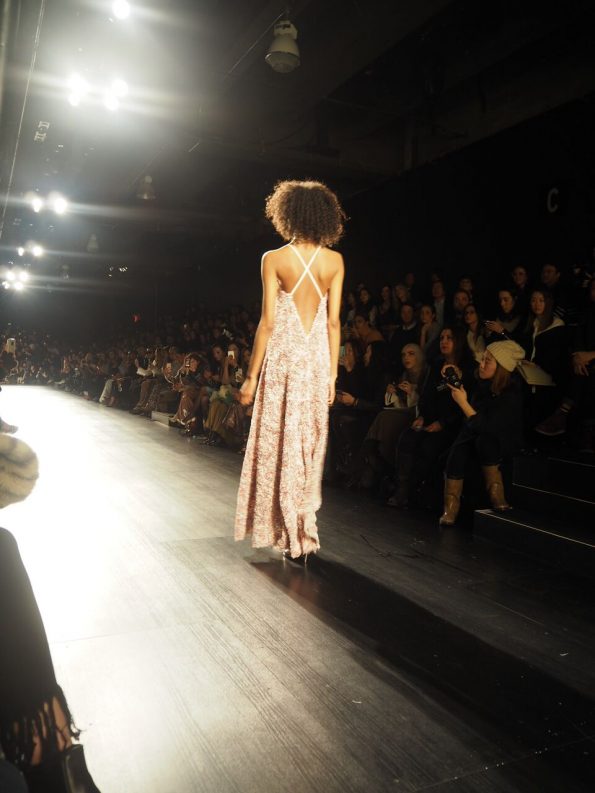 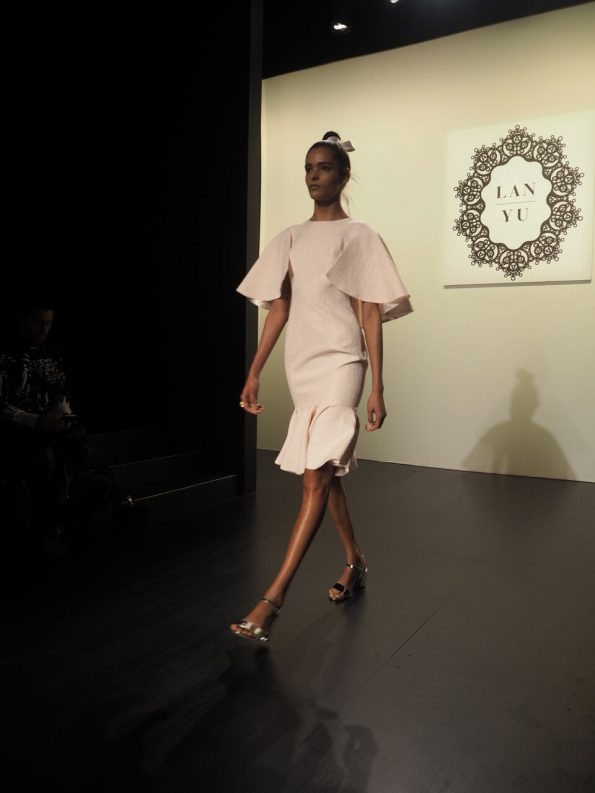 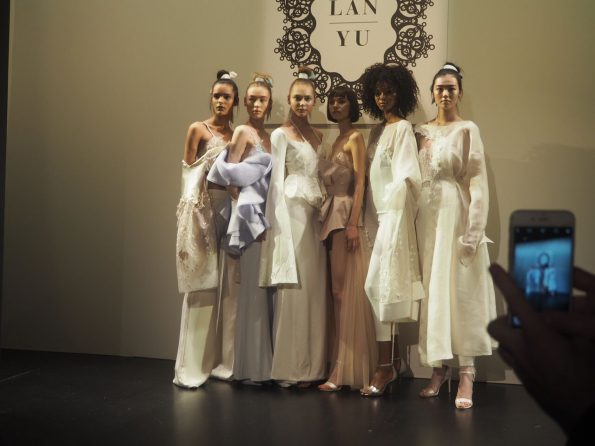 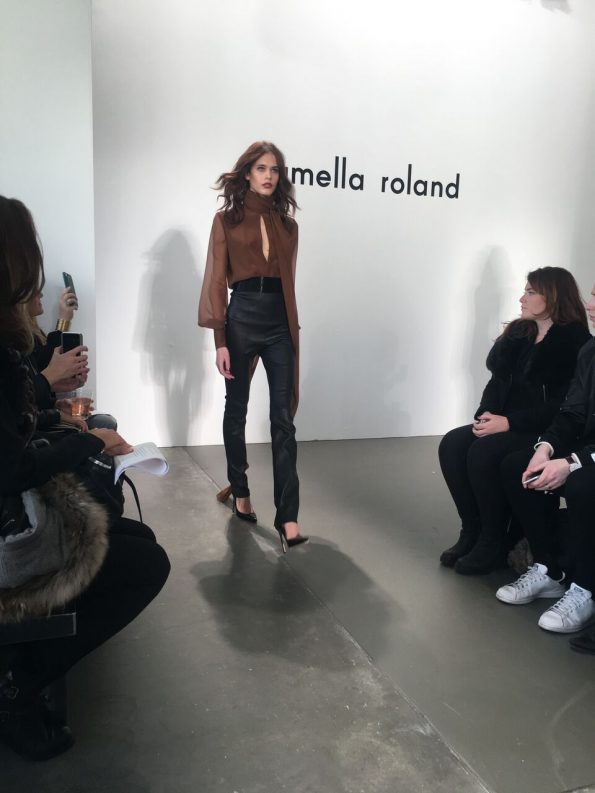 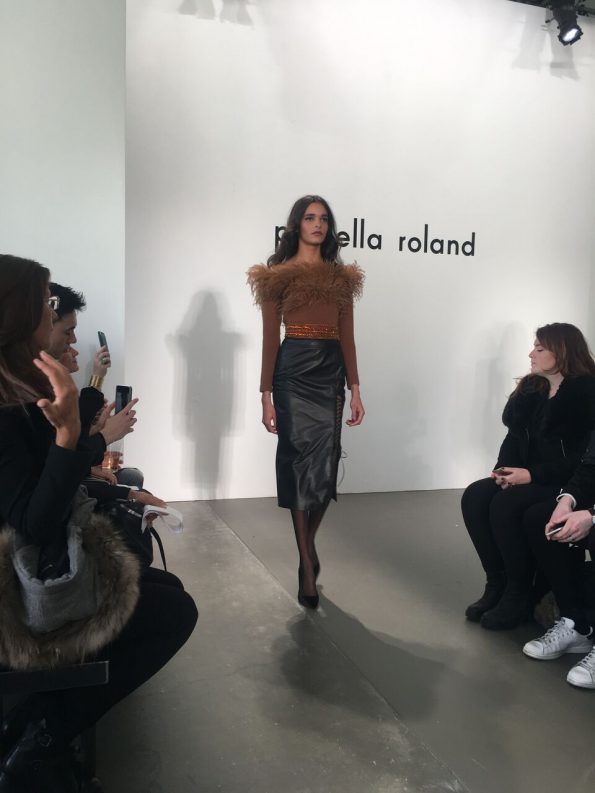 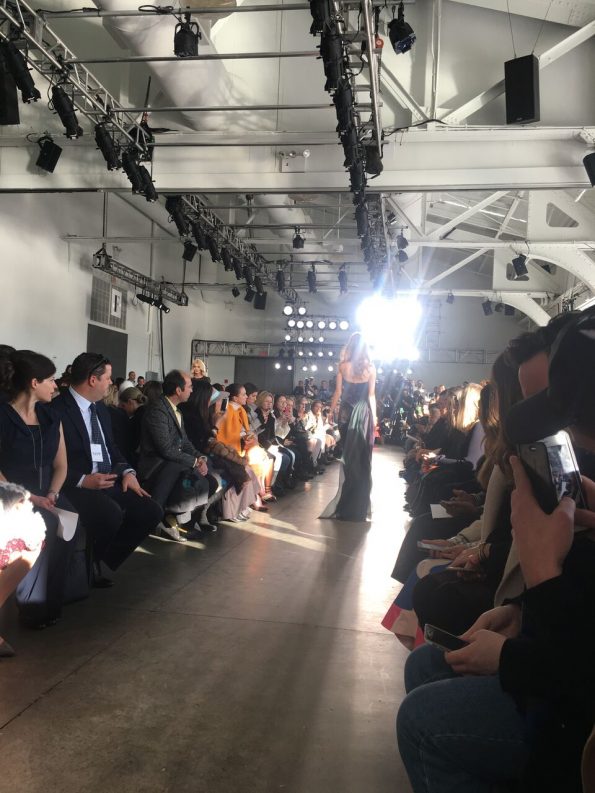 It was a whirlwind week but I am so happy I got to experience it. Bring on the next Fashion Week, where I will hopefully be more prepared! 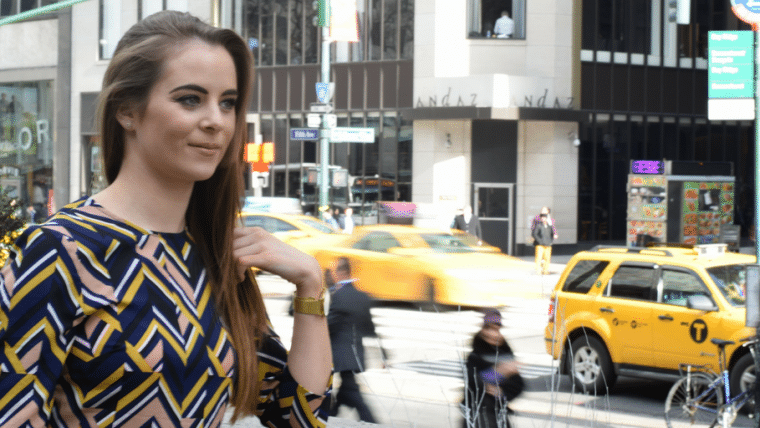 Moving to New York: Dealing with Homesickness and Uncertainty 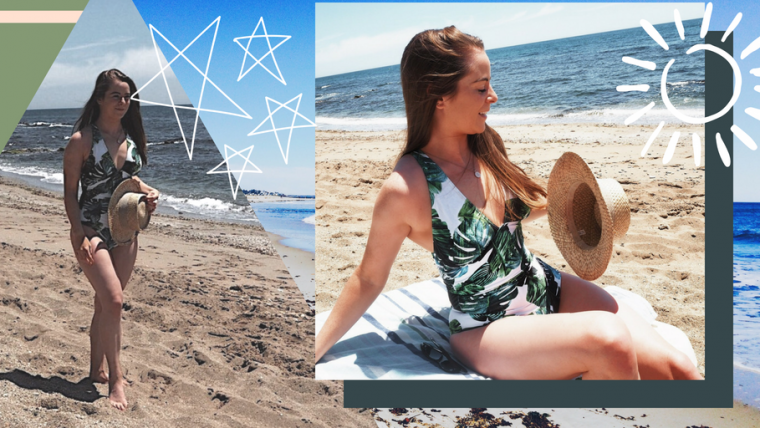 The Hottest Swimwear Trends For Every Body Shape