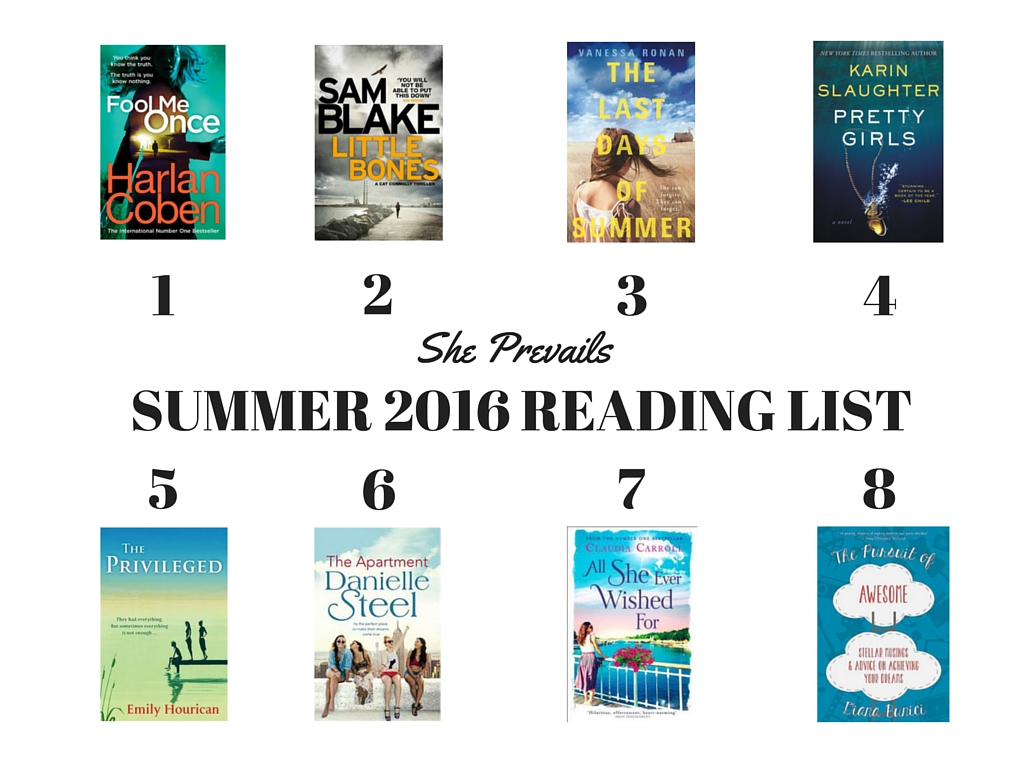 I’ve searched high and low to compile a list of books I want to read this summer. I decided to share it for anyone looking for the same thing.

I haven’t read these books yet so this is not a review,  just some suggestions!

I like all types of books but my favourite is probably a good thriller. I’ve heard the term “the next Gone Girl” many times and because I loved that book and film I wont hesitate to buy a book said to be as good. So this summer’s “next gone girl” is apparently Fool Me Once by Harlan Coben.

Another thriller that looks equally exciting is Little Bones by Sam Blake. The story is set in Ireland which is interesting to me as I haven’t read too many Irish thrillers.

Both of these books are first on my reading list as well as The Privileged by Emily Hourican (See below).

I like to use Goodreads when deciding books I’d like to buy. The synopses are always good and you can read reviews to help you decide.

Fool Me Once by Harlan Coben

If your husband was murdered, And you were a witness, How do you explain, seeing him on your nanny cam?You thought you trusted him.Now you can’t even trust yourself.

Twenty-four-year-old Garda Cathy Connolly might be a fearless kick-boxing champion but when she discovers a baby’s bones concealed in the hem of a wedding dress, the case becomes personal.For artist Zoe Grant, the bones are another mysterious twist in her mother’s disappearance. Then her grandmother, head of the Grant Valentine department store empire is found dead, and a trail of secrets is uncovered that threatens to shake a dynasty.In a story that moves from London’s East End to the Las Vegas mafia, one thing is certain – for Cat, life will never be the same again.

The last days of summer by Vanessa Ronan

She can forgive. They can’t forget.After ten years in the Huntsville State Penitentiary, Jasper Curtis returns home to live with his sister and her two daughters. Lizzie does not know who she’s letting into her home: the brother she grew up loving or the monster he became.Teenage Katie distrusts this strange man in their home but eleven-year-old Joanne is just intrigued by her new uncle.Jasper says he’s all done with trouble, but in a forgotten prairie town that knows no forgiveness, it does not take long for trouble to arrive at their door.

More than twenty years ago, Claire and Lydia’s teenaged sister Julia vanished without a trace. The two women have not spoken since, and now their lives could not be more different. Claire is the glamorous trophy wife of an Atlanta millionaire. Lydia, a single mother, dates an ex-con and struggles to make ends meet. But neither has recovered from the horror and heartbreak of their shared loss—a devastating wound that’s cruelly ripped open when Claire’s husband is killed.The disappearance of a teenage girl and the murder of a middle-aged man, almost a quarter-century apart: what could connect them? Forming a wary truce, the surviving sisters look to the past to find the truth, unearthing the secrets that destroyed their family all those years ago . . . and uncovering the possibility of redemption, and revenge, where they least expect it.

The Privileged by Emily Hourican

A gripping atmospheric story of the privileged world of three young girls. On the cusp of adulthood, in their final year of college, they struggle to hold on to the one thing they hold dear — their friendship. But then a split second decision one night changes everything …

The Apartment by Danielle Steel

They come together by chance in the heart of New York City, four young women at turning points in their lives. Claire finds the spacious loft apartment. But the aspiring shoe designer needs at least one roommate to manage the rent. She meets Abby, a writer trying to make it on her own, far from her successful family in L.A. Then Morgan joins them. She’s ambitious, with a serious finance job on Wall Street. Finally Sasha, a medical student. And so the sprawling space, with its exposed brick and rich natural light, becomes a home to friends about to embark on new exhilarating adventures.

Their shared life in the apartment turns them into a family of beloved friends. But as unexpected opportunities and challenges alter the course of each of their lives, they face the bittersweet reality that in time, they will inevitably move away from the place where their dreams began . . . Danielle Steel is famous for her inspirational stories about family, love and life. Her novels will be enjoyed by readers of Penny Vincenzi, Jodi Picoult and Diane Chamberlain.

Scott and Zelda Fitzgerald, Pablo Picasso, Cole and Linda Porter, Ernest Hemingway, John Dos Passos – all are summer guests of Gerald and Sara Murphy. Visionary, misunderstood, and from vastly different backgrounds, the Murphys met and married young, and set forth to create a beautiful world. They alight on Villa America: their coastal oasis of artistic genius, debauched parties, impeccable style and flamboyant imagination. But before long, a stranger enters into their relationship, and their marriage must accommodate an intensity that neither had forseen. When tragedy strikes, their friends reach out to them, but the golden bowl is shattered, and neither Gerald nor Sara will ever be the same. Ravishing, heart-breaking, and written with enviable poise, Villa America delivers on all the promise of Liza Klaussmann’s bestselling debut, Tigers in Red Weather. It is an overwhelming, unforgettable novel.

All She Ever Wished For by Claudia Carroll

A gorgeous story of chance meetings and unexpected friendships . . . because sometimes what you’ve always wished for isn’t necessarily what life has in store . . .Tess Taylor is gearing up for a wedding day to remember. And nothing is going to get in her way. That is, until an unexpected summons for jury service arrives. With a million jobs still to do, the timing couldn’t be worse.Meanwhile Kate King, celebrity socialite, is going through a very public divorce. As if the heartache wasn’t enough to deal with, Kate now has to face a high-profile case as she goes head-to-head with her ex-husband.On the surface, the two women couldn’t be more different, but their worlds collide as the courtroom drama unfolds. And lessons in love and friendship await them both.

Securing a job in media is tough- competition is fierce and talent abounds. Crammed with advice from role models and professionals from various alternative fields, Success Stories looks at the struggles and the highs and everything in between. Success Stories combines all tastes in one place for a book that has something for everyone. With a section about how to become a successful income-generating blogger from YouTube to the more traditional types; a section on achieving your fashion design dreams, comedian, musician, actor, TV, boradcaster, athlete, author, chef, producer, director, entrepreneur. Success Stories is split into sections with advice from a huge range of personalities from across all creative industries. It is a positive, motivational read exploring contemporary alternative career paths with the people who know them best.

Pin it for later! 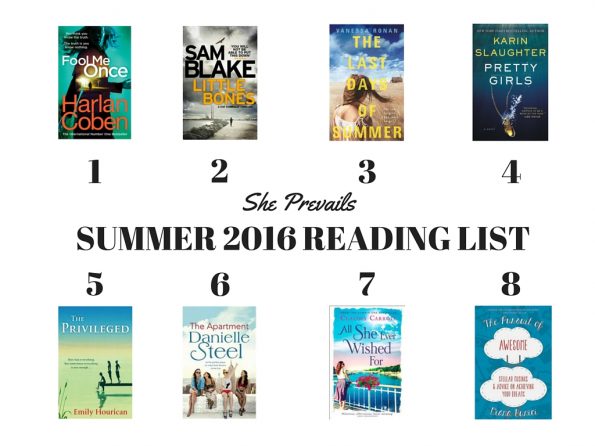 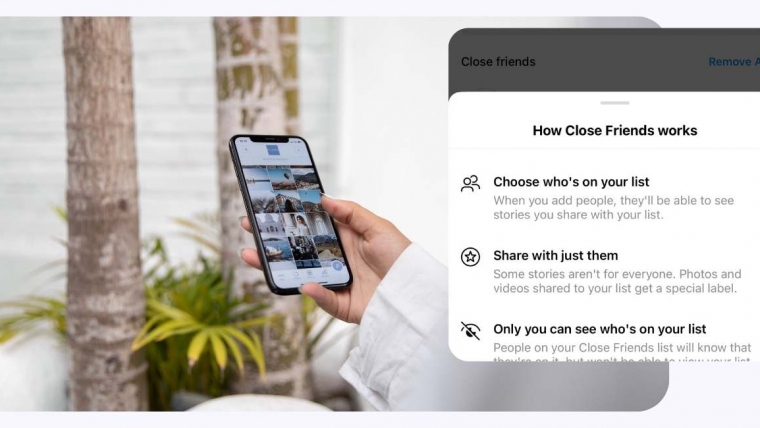 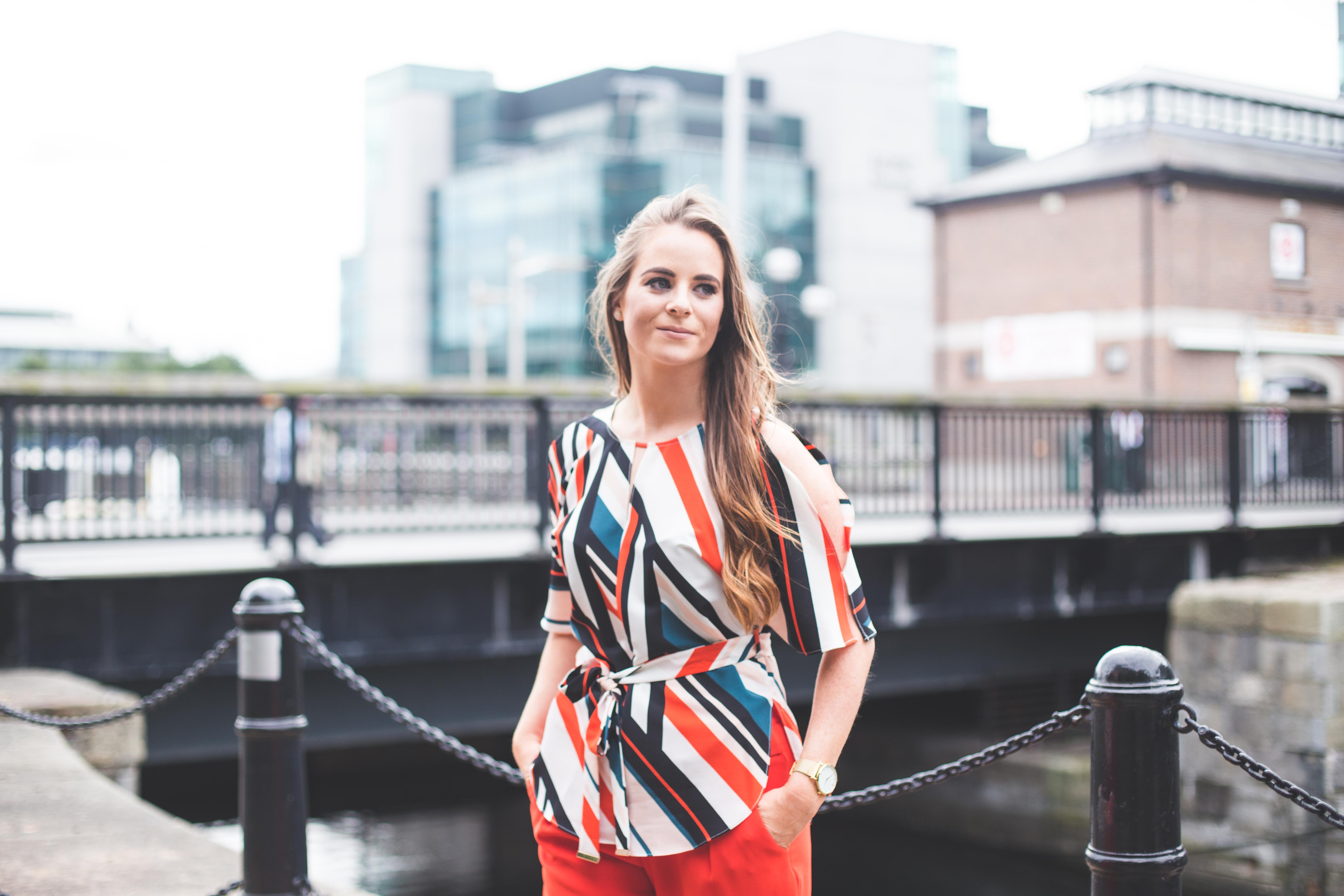 50-20-30 Rule: The Budget System Every Twenty Something Needs to Know About 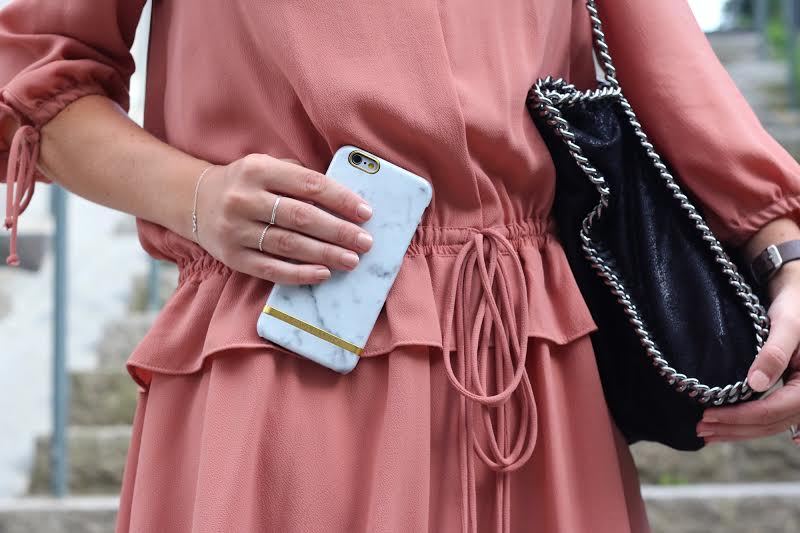 7 Apps for Every Girlboss